Routing is the process of moving packets across a network, using dedicated devices called routers.  Router projects applies network concept as communication in network is conveyed by router. It is software or an electronic device that forward data packets through networks. A network that connects two or more computer or electronic device in a network is a router.  Complex analysis is performed by routing as it takes places a higher level – an optimal path for packet is fixed. Routing projects is guided and developed in our firm for networking and communication field students and research scholars. Routing carry out an important function, it conveys message from one computer to another and delivers to the target machine.

Methods of Routing in Router Projects

Static Routing: The network is fixed in static routing, no nodes are removed or added and routing table are updated manually.

Dynamic Routing: The most easiest way for routing in a network is dynamic routing. Routing table is periodically updated even small changes occur in a network. EGP or IGP protocols are contained by dynamic protocols. The routing information among various autonomous networks is dealt by exterior gateway protocol. Border gateway protocol is an example of EGP. They use distance vector algorithms as EIGRP and RIP or link state algorithm as OSPF or optimize convergence times. In network three dynamic protocols are available. 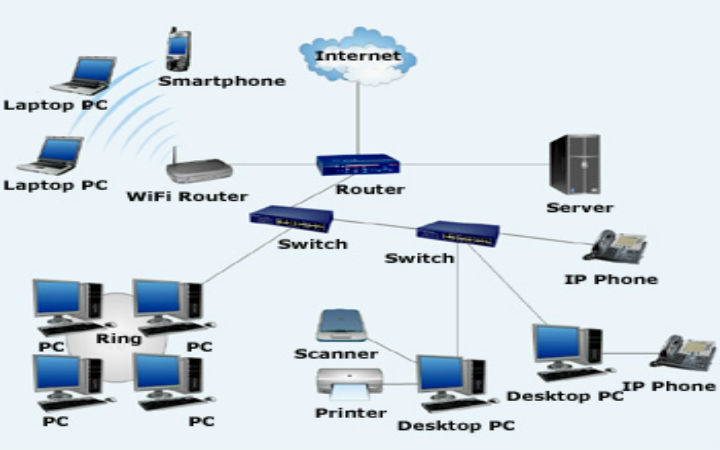 Routing information Protocol (RIP): The basis of distance vector routing algorithm is applied in routing information protocol (RIP). The first routing protocols to be implemented on IP/ TCp is RIP. Limited knowledge is contained by each router that uses this protocol. UDP conveys the information by network. To find a desired path for packet routing a hop count mechanism is used. Routing loops are avoided as 16 hops are employed. It is the simple and easy configurable protocol and gained a wide popularity.

Flat versus Hierarchical: They are two most typical routing protocols in wireless ad hoc networks.

Link State:They flood routing information to all nodes in the inter network.In the routing table every router constructs a picture of whole network.

Distance Vector:They call for each router to send all or a little portion of its routing table only to neighbors.Host intelligent versus router intelligent:The source end node will define the entire route and referred as source routing.In this system the router act as forward and storing devices, sending the packet to the next stop.

Reliability:  The context of routing algorithm is reliability; it is defined in terms of bit- error rate of each network link.

Load: The degree to which a network resource is busy.

Delay: The time required to move a packet from source to destination through the internetwork is routing delay.

Bandwidth: The required traffic capacity of link is bandwidth.