Cognitive radio networks make use of unused spectrum. Cognitive Radio Projects provides security for CR systems. This abundantly increases the usage of spectrum. Bandwidth of primary used can’t be shared in an efficient way ,certain services obtain spectrum from federal communication system. It monitors spectrum receiving signal when it is switched over to new network. Cognitive radio (CR) is a form of wireless communication in which a transceiver can intelligently detect which communication channels are in use and which are not, and instantly move into vacant channels while avoiding occupied ones. Cognitive radio projects are utilized  to perform effective spectrum allocation process, CRN combined with WSN for resource-constrained multi-hop wireless sensor networks as same as spectrum utilization, routing in cognitive radio networks etc.

Policy Radios: Radio policy – a group of ethics frame up this CR. It works on the basis of radio location. It doesn’t deal with learning or reasoning engine.

Ontological Cognitive Radios: Due to its usage of learning and reasoning engine it is the most flexible radio. Radio knowledge representation language is used to describe user entities. It can sense frequency of radio environment to make wise decision. 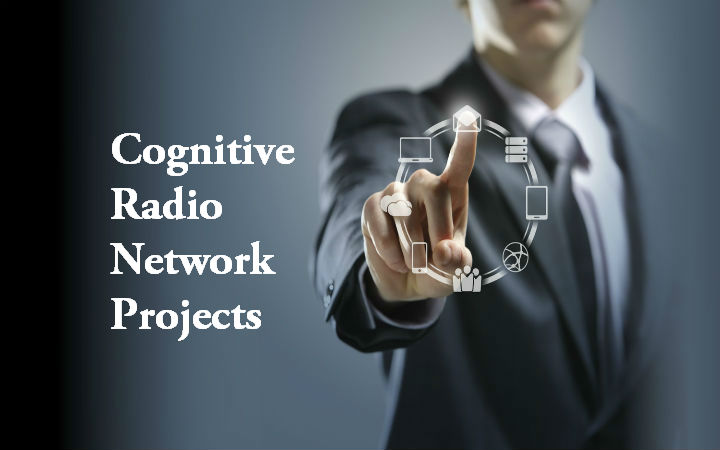 Spectrum Decision: A decision making process is involved in CRN. The availability of spectrum is decided by calculating the consumption of energy by each channel.

Self- Coexistence: Dynamic mechanism is used to share spectrum. It is used to achieve sharing of spectrum with several base stations.

SSDF (Spectrum Sensing Data Falsification): False sensing information can be sent by the attackers which makes the decision engine to make errors. Byzantine attack is the other name of SSDF.

CCSD (Control Channel Saturation Denial Of Service Attack): Due to the working of many CR network simultaneously there is a possibility for the system to hang. This situation is well used by hackers to produce MAC frame, which slows the performance.

Selfish channel navigation (SCN): During transmission of data from one host to another the energy CRN can be lost. There might be selfish host due to its need to save energy may bring down the entire network.

Object Function Attacks: Usage of energy, data rate, modulation of power, encryption type and frame size is based to get cognitive parameter which then is used to maximize the rate of data.

How to Prevent Attacks in Cognitive Radio Network Projects.